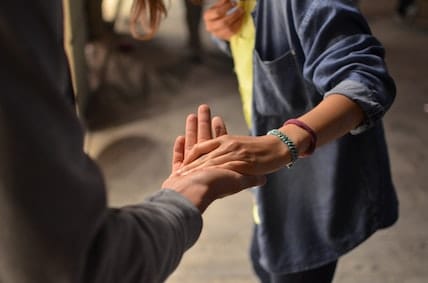 “Well look at you, we heard you were coming,” were the first words I heard upon arrival to Dismas house. The middle-aged man sitting outside the old house was wearing a light tan hoodie and smoking a cigarette. I smiled and expressed how excited I was to finally meet everyone as he let me inside the house. Upon entering, I was given a quick tour and then told to go introduce myself to everyone. I turned to my right to see a full-grown man, Jeff, focused intensely on crocheting a scarf. I pulled up a chair next to him and before we had time to run through small-talk conversation, he said, “This is all did in prison.” After sitting in conversation for 10 or 15 minutes, I realized how Jeff’s past, specifically his time in prison, had completely shifted his goals and perspective on the future.

Throughout the night, the same thing hit me over and over again; the stories and situations of these individuals have not only immensely shaped their identity and self perception, but they have shaped the perspective they have on the future. Louis Kriesberg writes, “Developing a sense of self is an essential part of every individual becoming a mature person. Each person’s self-conception is a unique combination of many identifications.” Some of these identifications include the people around you, the situations you observe, the things you’ve accomplished, the things you’ve involved in, and the places you live.

Another key thing I noted was the emphasis on hard work once joining Dismas house. Not only do jobs, chores, work give the people at Dismas a sense ofresponsibility and pride, but it teaches them to live independently. One woman I met gets up at 2:30am to go to work each morning. Another person, Kyle, bragged about how privileged he was to take Astronomy at the community college nearby. The things these individuals had accomplished shaped a large portion of their identity, especially the positive things that they had accomplished and things they were involved in doing.

Shelly is always the first one to give me a hug upon arrival to Dismas House. On Thursday, I found her outside the house smoking and talking loud with one of the other residents. She smiled soft and asked about my week before we went inside to begin women’s group. Myriad things led to women’s group being cancelled, and after saying hello to everyone else in the house, I went into the kitchen to find Shelly sitting alone at the table. I sat down next to her and asked what she was thinking about. That simple question led to an hour and a half discussion about her children, her ex-husband, and her mother. I would later come to find out that Shelly had been raped at the age of 3, 8, and then 13. Because she suffered from so much violence, she was never able to re-gain her footing and understand how to treat her own children.

A few weeks later, while sitting in the living room, I asked George what he did for Easter which led to a conversation about his family. He remarked, “When I was fourteen, and looking back I realize just how young fourteen really is, although I didn’t think so at the time … well anyways, when I was fourteen, I got my first full time job. 40 hours a week. By the time I dropped out of school at the age of 16 I had been totally self-supported for 2 years.”.

I see George every week but he’s never made it a point to talk to me. Sometimes it feels as though he purposely avoids me. After telling me about his family he looked straight into my eyes and said, “you’ve never had anything go wrong for you, have you? You said you’re 18, right? There’s really nothing more we can talk about because we’re so different, you see.”

And that was the fundamental issue that had been looming in my relationships with the people at Dismas since the beginning: they saw me as a reference point.

To George, Shelly, Kyle, Jeff, and the others, I was the privileged white girl who was born into a perfect family who wore matching outfits to church on Sunday, came to Notre Dame to make a six-figure salary, and somehow landed in a class that made me serve Dismas House once a week for academic credit.

I told him that my parents were missionaries with literally no income and the only way I had the ability to go to Notre Dame was because of need-based aid. I told him how I’d seen divorce, alcoholism, and abuse in my own life. I told him of the two children I saw murdered and the many more I saw pass away due to curable diseases. I told him all about how hard life can be from my “end” of the spectrum that George had created in his mind around how well people would be able to relate.

He listened intently and after telling a small portion of my story I told him how we all deal with issues; some issues are just manifested differently than others. I couldn’t believe the shock on his face when he heard me say, “We are all equal George, no one person has any less worth because they happened to deal with more stuff than another. The fact that some people are born into better situations than others isn’t something we can control.” It was like he had never heard it said before.

To form peace, we need to stop noticing people on any other basis other than the fact that they are homo sapiens. Only then will we be able to live in peace with our neighbor no matter what race, identity, gender, or any other point of divide they identify with. It is my hope that everyone at Dismas, and everyone around the world, learns the truth that we are all created equal and deserve to be treated in the same respectful way. 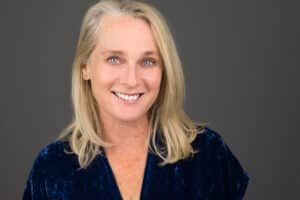 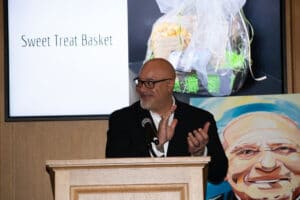 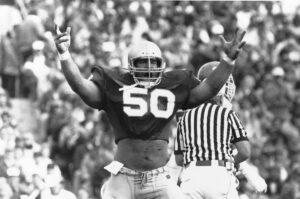 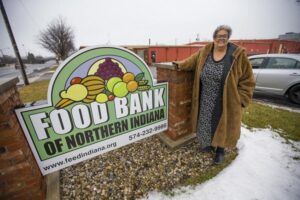 Our home was founded in 1986 to provide transitional housing and support services to men and women who have been recently released from incarceration. We offer a variety of programs to assist our residents in their transition back into society.

There are many ways you can help further our mission. Whether it’s a financial donation or a gift of your time, your donation will be appreciated.

©2023 Dismas House of Indiana
Site By